can you be crazy and know you're crazy? 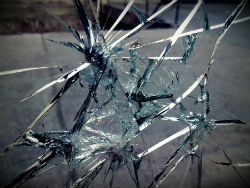 I haven't put out the next post I'm writing in the series on satiety, physical and metaphorical.
I haven't finished the thoughts on transformation as momentum through critical mass rather than singleton skip from black to white.
Several collections I've promised to review languish in the basket of my guilt.
I haven't taken courage to publish my horrific "gained weight from a diet pill" story, although I think the story might well offer benefits: what said pill actually does might be useful in other contexts.

So, big failz, yes? This post is about why. Also, perhaps, about why I've more or less kept some of "it" together despite.

Fact: three summers ago, I was away at treatment. Two summers ago, I was in the lockdown. Last summer I was wandering the streets eavesdropping on the methheads' hallucinations, which invaded my own, fasting every other day, binging/purging, sleepless with pain and paresthesia.
This summer, there are the spirits of guidance, the daily meditations, the plant teachers. Some of the plant teachers burn, and some of the teachers about plants spit. Sometimes an ant turns into a poppyseed, and I get very sleepy; sometimes a poppyseed turns into an ant and I'm red all over dreaming of califormication. I work at a client's house and the vertical blinds make me want to cock my head sideways; the whole world looks like a harelip or  maybe the plastic juts are all there is anymore and the green outside is a projection. Am I working or just clocking?

It's very important to me to do good work for my clients, and I am doing exemplary work for them because I can still do words phrases sentences paragraphs coherence into wholeness into holiness and research even if there's no helium in the balloon and someone's stealing degrees out of the clockface.

But there is a big stinkin' honkin' pattern, and if I narrated winter solstices for the last few years the picture would be highly similar. I haven't made the bipolar diagnosis a secret. To do so would be shooting myself in the foot, I believe. If anyone's going to dismiss or disrespect me because of it, they probably wouldn't like my work anyway. Even from the word "bipolar" one can infer duality and polarity and opposites and extremes, and in terms of terran cycles and spotting patterns, this has a lot to do with changing day length/light exposure. Winter solstice is usually doldrums/depression time, summer traditionally better. Alaska in general was extremely hard for me with its constant extreme change, but I'm an odd duck on this. I've been manic as March hare in winter as well as summer, and closest-to-successful suicide happened right after a summer solstice.

So I even get bipolar wrong! There's also the anorexia piece, though. I feel so inflated at the moment, it's hard to remind myself that the condition is far more about mind/brain/vital organs than a waterlogged scale weight. But the point is, it's well known that anorexia relapses tend to occur in the summer. So the two conditions together embodied within one person could very well lead to a pattern of summertime craziness. (I am not my diagnoses! Yesbut...)

Ordinary words on a temporary screen are solace.

In the temporary meantime, it's difficult to listen to music, and sometimes difficult to hold a conversation, because the music is randomly speeding up and slowing down and skipping beats. Or people's speech is randomly very fast or very slow. My keyboard has some keys that need to be struck slightly harder in order to impress at the appropriate point when typing a word. I've often thought it interesting that when we speak there is sometimes a similar coarticulation effect, which is why people end up saying "hammeger" instead of "hamburger" (too much of a hurry to get the "b" out) or "aminal" instead of "animal" (they hit the "m" before the "n" instead of vice versa. (Or "anenome" for anemone, haha.)

But it doesn't happen all that much, and it especially doesn't happen that when the nice lady at the behavioral health services front desk isn't going to help me with anything because my nice screensaver face is on and really I'm fine and then she offers me some water and suddenly her tempo speech is sloooow like the water is freezing into ice except really when something slows like that it's not about getting colder, it's about melllting like chocolate. Slow, warm voice.  I watch the needle on my speedometer (ask myself, should I really be driving feeling like this?) and try to keep a constant speed, but found myself sitting stationary all alone on a green light and then moving verrry slow. I reread that sentence and even the tenses of my verbs are off but that's as was.

Scooting on my Razor the tempo's mostly judged by the incline, but sometimes it's uphill both ways. Sometimes I'll walk, and it takes 200 carlength steps to cross a narrow avenue.

Someone is stealing degrees off the clockface and numbers in general are not adding up, so I don't know what's going to happen to the horoscopes.

Meanwhile, with the trauma of having a 9 on the front of my weight there are other numbers in and out not totalling out, and strange chemical manipulations of pills and poppies and smoke up the ass, and my caffeine intake is like Seattle's. And "adrenal fatigue" might be a mythological concept (although I've had something akin thrice before) but right now my caffeine tolerance is so dietROckstarBulletproofCut high and my startle/jump-foot-in-air reflex so comically exaggerated that one might think there's something sitting on top of those puffy kidneys (ad+renal) that's having a bad day with all that deflated  helium.

Meanwhile, I can wear a screensaver and come across (coma cross?) a-okay in casual encounters around here. And meanwhile, the behavioral health professionals are generally upbeat and entirely invalidating of anything amiss with me. A therapist offered me weight loss advice; a coach commiserated that they also didn't always get their stuff done. (Yes, but did your spiders go on strike because the ants had all turned into poppyseeds?) There are weird things crawling around in my brain. I can feel them. And sometimes a spirit grabs my cut hair and jerks my head off to the side.
But for some reason on social media the screensaver doesn't always work so well.

Why? Am I a closet exhibitionist? Is it easier to demand attention when I'm sitting alone in my house because I can be emotionally dishonest with myself and say I'm all alone just typing words on a temporary screen and not really interacting with other human beings? Is it because I don't really need help I'm just being grandiose and dramatic?
Is it because everyone I've tried to reach out to here has invalidated that anything's really the matter? Is it because I haven't really much reached out here because I don't want people to know about that side of me? Is it fear of what the consequences would be if I were to be taken seriously?

That's it. No. Whereas people in person are like "Lol shut up you're fine," people over social media are concerned and horrified and deeply worried. What's more, being remote, they feel helpless, literally unable to do anything.
That is traumatic. My will is that I do not traumatize my friends. My intention is that I share honestly and openly but my will is that I not crowdsource my self esteem or personal responsibility.
If I can't find someone to help me here, I can do what I did on the solstice when I was psychotic and go out into the wash and bury my feet in the hot sand. I can go talk to the desert willows. I can go pick jojoba nuts.

This is why I haven't written all the things. I'm that Picasso painting with the fragmented body parts bodymindspirit, the center does not hold, integrity is disintegration.
I'll aim to find some integration/coherence sufficient to write those blog posts, and I hereby undertake to purvey no more traumatic/triggering social media.