the creative process and the container 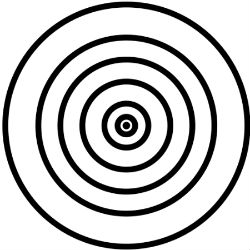 It's easy for me to be highly creative in a situation that already has its external form. This form could be a clinic with its full paraphernalia, or an article that needs translating, or a person who comes to me for help with nutrition or wanting advice with herbs.  All of these require presence, intuition, improvisation, focus.

But when I'm tasked with creating the external form from scratch--be that my website, or a poem, or a book, or my "business model," or any of what I consider the most worthwhile sorts of creation... Well, the only reason I don't get really upset at myself if it gets to be afternoon and I've scribbled a few notes and done a few essential chores but that's all is because I recognize I'm not the only person who experiences this. That's when I start to try to understand what it is that I'm really trying to do here.

To try to understand what I'm doing, I go to the words I'm using. But isn't that backwards?

It seems fair to assume that the experience comes first, and the word for it follows. New words have to be invented when we come across new experiences (hydroplaning, texting) or objects (tarmac, motherboard). But when a word has some history behind it, the word itself can be like a little container within which a creative process happens. And so, when I'm trying to create a container from scratch, I constantly find myself looking at the words to help me find a key, or an encapsulated container.

To create a container--website, business, book, poem, meal--that gives the structure to all the creating that follows, a key verb would be concentrate and a key concept would be course of action.

Which gets me to "running in circles"!

A "course" is most literally a span covered at a run, and "concentrating" means revolving around a center.

Why is "running in circles" such a negative metaphor for us? If I start from "concentrate on a course of action" and conceive of that as moving rapidly through a repeated set of tasks that center/circle around a specific goal, then running in circles suddenly doesn't seem so bad.

I've always loved Parmenides's fifth fragment, in which he (or the goddess character who's teaching him) says,

"It's all the same to me where I start from; I will arrive back at that point again."

A coherent container usually does have a center, so every part of it should support and be supported by every other part (and I think of the potter's wheel, running in circles).

But if I start at one point, won't I view it differently once I've been all the way around and come back to it with the benefit of all the other stages? Will I be the same having gone through the process? (Do I start with the newsletter or the shopping cart or the front page?  Take a course or publish one of my own? Go drum up custom or sit and wait for the phone to ring?)

Yes, I don't think the goddess meant that statement to apply to every activity we ever do! I also don't see her as speaking of a groundhog day-type scenario, or of running in circles in our pejorative sense of the term.

What's so bad about running in circles? Is it going too fast and getting dizzy? I was so focused on the idea of concentration, its value and importance, that it took me a moment to realize that "running in circles" has such a negative connotation because there's an assumption that if we're running, the goal is to get from A to B, to end up somewhere other than we were when we started. If that's the assumption, then running in circles is wasted effort.

And that's the other inherent idea--that running itself is effortful. Which seems very reasonable, as does the idea that making a lot of effort and getting nowhere is a shame. But running, following a course, can also imply the opposite of effort. It can denote that flow state when one step effortlessly leads to the next, when one action moves seamlessly into the next--frictionless, smooth, intentional, inevitable, guided.

When this sort of action, these sorts of steps, are centered around a goal--concentrated--that sounds like the process of building a container, creating its shape. And once it has a shape, functioning creatively within that space becomes natural and fluent.

Here I am back where I started, writing about word etymologies and ancient philosophy at the same time that I'm trying to take off as a health coach/nutrition adviser/chef. Of course I'm still a wordsmith too. Am I running in circles, or am I creating a course on which to concentrate? Are there people who would be interested in the services of a health consultant who delves into word etymologies to try to understand the world better?

Written by Ela Harrison on Wednesday, 01 June 2016. Posted in All About Words, Mindfulness