and we all lost you 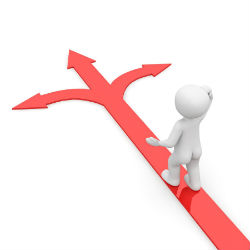 When we met at Remuda Ranch summer 2012, the disease that brought us there revealed surprising commonalities despite our difference in age and accent--yours beautiful Minnesotan, persistent after years living in Ohio--and we bonded,

We both had extra extra food on our trays, extra Ensures, terribly low blood pressure. We were both admired in group therapy for our insight and supportiveness when talking about other people, not ourselves.

We were both enthusiastic participants in word games, and while, as always, I was quickly christened "the dictionary," you were and remain one of the most fluent inventors of malapropisms which really ought to have been words that I've ever met. Word-bewitched as I am, your neologisms were one of the few things I actually enjoyed at that time in my life.

We're even both hard of hearing in our left ears! But while you said you had God and "ED" to listen to and pledged to turn the deaf left ear to "ED" and the good right one to God, I refused to externalize the eating disorder in any way. While you ate and drank everything you were supposed to, I--well, I didn't. While you were a constant model of positivity, kindness, and upbeat optimism, I cried for whole days at a time, I raged, ran away, passed out from medication side-effects, maybe threw an Ensure at someone once, and was generally a load of trouble.

Your self-presentation was so unanimously pro-recovery... and yet, the truth is, we weren't that different in this regard either. Sure, I snuck in exercise running in place in the shower, of course I did. That fits with all the other ways I acted out. But we saw you doing your jumping jacks in the toilets. The girls who shared rooms with you had the ickiness of your "can I fit into your clothes"-type comparisons and body checking.

Your composure and positivity were so relentless, you showed so little of your hurting side, but it slipped with the flickering shadow under the toilet door, or the ways that my manic-psychotic behavior sometimes freaked you out in a personal-seeming way, as if I was betraying your own secrets.

And you so eagerly insisted, that one time when we did a group exercise about our "worst" sabotaging behaviors, on seeing the one thing I'd written down I wasn't willing to share because it might trigger others. You had  to see it. When you read "it" (looking at "thinspiration"), you vouchsafed me a flicker of agreement. You too. Maybe that's why you were the only person for whose sake I actually tried to behave better sometimes.

Predictably, we both got worse when we left. Predictably in my case, but really, in yours too. We would talk on the phone every so often, each pretending everything was great, hinting a little at how it wasn't. You were much better than I was at keeping up with other girls and passed on their news.

One of the last times we spoke, I was hurt by the conversation for the rest of the day--you did the unforgivable--somehow got me to reveal my current weight but then refused to reveal yours, which I'm sure was much lower. One thing I said many times in treatment was how much I hated the "competition" element of anorexia. My desires for my body weight, healthy or not, are deeply personal and carry no implication for anyone else whatsoever. And yet even I, a hermit, am not immune to that aspect of the disease; even I couldn't stand the thought of someone else being less than me.

Less what? Filling in that blank would take a book, but I would hold you in my mind's eye, reading between the lines of what you hadn't said, the desolation of it. And you were winning.

That summer, I almost died, twice. And the next year both of us moved to Arizona, the state in which we'd met, and promised we'd get together soon.

Another thing we had in common: raging anorexics who had worked with food--me in the chef/nutrition realm; you, in the service mode. Surprising how common that was. Over recent months, my work in that realm has finally begun to be my salvation. I still need to tell the story on this blog of how being thrown in the deep end as chef and health coach has been transforming my sense of self and with it my self-care.

But I have pissed and moaned on this blog a little about how horrible it is being in triple digits, how unspeakable to have gained 20 lbs in the past six months, how unfair it is that my body continues to do its post-kidney-failure behaviors when everything I'm doing would cause another person to lose weight. And, Julie, I confess it--you've been my "ana-competitive nemesis."

When I've pissed and moaned about this very private anguish--this rejection of the external sign most everyone else sees as positive--I've pictured your body in its perpetual motion, heard your voice in my head (God in my right ear ED in my deaf left my frkn ass). I've wondered what else you had left in your life, even as I recognize that I've acquired (I won't say "gained") so much in my life, stepping into my gifts as nourisher and healer, that there's no longer room for anorexia, or her cousin bulimia who also moved in a year or two ago.

What did you have left in your life? The upbeat positivity was surely ringing hollow. And hollower than I realized. I've been so busy right where I am,  and you have left your life. Two months ago, almost. And I didn't even know at a conscious level. Sorry to say, Julie--what everyone used to say about where I was headed, actually.

You won. Congratulations. That is the only way to win at this "ana" game. And the rest of us have lost you from our midst. When I read the news, I felt so guilty for all the food I've put into my body that separates where I am from where you are. And then, I was hungry. Your victory is my lesson forever; I could so readily have gone the same way. Grace...