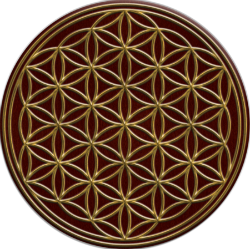 Day dwindles into night, and we notice it. Night breaks into day, and we feel the birds winding up for their chorus.

No one can be immune to the accelerating daylength shift--lengthening here, shortening south of the Equator--toward the solstice. We notice, we recognize. It's like a habit that pre-exists us. Habit, in the original sense of a garment or costume (which means "custom") that we slip into, familiar attire.

But, since we make our own weather, sometimes just the right combination of triggers will trip an old circuit, an old path you've allowed to grow over with weeds is suddenly under your feet again.

Paths and orbits exist for lifetimes; weeds, persistent as they are, are nonetheless ephemeral.

And so BIllie Holliday sang "Good morning, Heartache," and many of us can acknowledge that early morning melancholy, awakening with an intangible sense of loss or lack of balance or simply the sense that you're not seeing everything that's there.

And so I wrote this on my old blog about three years ago:

Every day that I act a certain way, I'm scoring an ever-deeper groove in the mire, and the soil I displace pushes up on either side of that groove, creating walls that block any deviation.

Granted, I was not depressed at that point--was toward the end of a long manic episode, but I was failing to control anorexia to the point that I was in the hospital not long after writing that. Even with the erratic, ricochet energy of the mania, the compulsive starvation was definitely a habit. A habit more like a straitjacket than a loosely flowing shift, and my words at that time were sincere.

I was aware that my inability to change how I ate was unsustainable, and I was aware that much of this inability was because of the strength of the habit. I'd scored my path so deep, I couldn't see over the sides of the channel to peruse other possible options.

Heartache in the morning, and Simon and Garfunkel sang "Hello Darkness, my old friend..." Day and night, solstice and solstice, go around come around. I really think there's a circadian element to this as well. Circadian and seasonal. Early birds and night owls. Do you have more energy in the morning or evening? Many people get manic in the summer and depressed in the winter, even if not bipolar--seasonal affective disorder (SAD) anyone? I, of course, am topsy turvy, or can be, and one of the habits I slip into is summer depression. I'm scuffing and buffing at the fabric of the garment, chafing and softening it so that I can slip out of it, see over the ruts, rather than getting straitjacketed.

Hey, song is cyclical too! Good morning heartache, because you wake up, and there you are again. Hello darkness, my old  friend, / I've come to talk with you again. More important, the song is created, and then we sing it or play a recording of it, over and over. Perhaps that's why so many composers and creatives have been able to maintain creativity despite tendency to deep depression (or melancholy, as it used to be conceived): they could transmute that repetitive, cyclic, perserverative energy into different cycles.

A mantra, by definition repeated, can be the skein of wool to follow out of the labyrinth. The important point to note: Theseus himself unraveled that ball of wool as he advanced in to the labyrinth so he could follow his own steps back out eve n if it wasn't his own idea; he needed a smart woman to put it into his head. But we all have our angels.

So this summer depression demon habit rolls around, and I try to look at what other habits/cycles I'm engaged in and how they might be my macro mantras.  Now this is important: using these to drown out the depression cycle does not work. I tried that for a bit, and it only left me shocked at the level of denial it afforded me when I dropped something or made a mistake and the depressed part could really get through.

And don't get me wrong: depression is not only a habit. I first heard the concept "the gut is the second brain" about ten years ago. By now, this is pretty mainstream and well understood. Furthermore, "Leaky gut=leaky brain," i.e. if your single-cell-wall-thick gut lining is compromised and letting in foreign bodies undigested, this compromises the brain also. A recent study showed Tylenol is effective against depression as well as physical pain, and opiates have been used to dull both emotional and physical pain for millennia, so that shouldn't be a surprise. Depressed people often feel physical pain more intensely.

Similarly, some cyclic habits can affect chemistry. I know I do better with lots of sunshine--that's part of why I moved to Arizona! So I make sure to spend some time outdoors in the middle of the day, but I also pay attention to avoiding bright light at night (f.lux is a great piece of software that dims the computer screen in the evening). That's chemistry.

What you eat is even more important. Avoiding things you're allergic to, as well as anything that overtly impacts your mood (which is likely also an allergen/intolerance) is a no-brainer.This isn't the post to go into it, but macronutrient ratio -- fat/protein/carb -- can have a great impact. I've made significant tweaks here over the past months and have noticed several ways my brain is working better already. The fact that depression has rolled back around in its cyclic way doesn't negate the effectiveness, as I'm already managing the melancholy better.

Micronutrients too: if you're deficient in magnesium, zinc, or B vitamins, especially B 6 and 12, you could very easily get depressed.

Traditional cultures are less depression phobic, and less death phobic, than modern western cultures. The thing that comes back and comes back, maybe it's an old beguiling devil, and/but maybe it's there to teach you/me something.

Move with the depression. I said "Good morning, Heartache," awoke and sweet-talked the depression--"there you are, my old friend, what do you have to show me?" And I got on my rebounder (mini trampoline) and bounced up and down, gravity-defiant capacitor. I felt my stuck-ness, despair, sadness at the end of my  favorite job for the last several years.

It's a dangerous habit, but recognizing it as an old friend takes the oppression out of it. I'm not in a meatgrinder; I'm in a receptive and listening, prayer-saying, sungazing state. Above all, I'm respecting the depression. And it's far less likely to kill me this way, and it's so  far less serious.