Letter to My Former Self

I talk to myself--would I have listened? 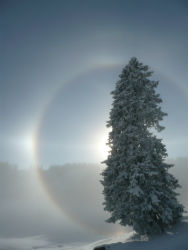 At this point, you would rather die than have a weight in triple digits, and you say so sincerely. You can’t hear how melodramatic that sounds; in fact, from your standpoint at this time death is close enough to lose its melodrama. But at some level, admit it: you must realize that weight gain is on the cards. You’ve gained a couple pounds already because of this ghastly new thing binging and purging, even despite all the brutal fasting you’re doing the rest of the time, your other tricks aren’t working anymore, you know you’re out of control and need help, and, at bottom, you know that your chances of finding a practitioner who would help you lose weight from below 90lbs are approximately zero.

“At bottom.” This bottom is maybe the worst of many bottoms you’ve had--maybe worse than the most-emaciated days when you just lay there waiting to die, maybe worse than the violently suicidal times. This time, you’re out of control, you’re using even your knowledge of herbs for self-destruction, your edema issues that have been troubling ever since your most recent kidney failure are starting to look more like congestive heart failure, your psychotic symptoms are literally making you crazy, and your gut pain is unrelenting… but this time, somehow, as wrecked and wretched and pointless as you feel, you don’t actually want to die.

Dear self-back-then, I want to appeal to that part of you. It seems bizarre and illogical, given your history, that you have some will to live at a point when you’re completely incapacitated by your symptoms and even attracting situations like robbery and defraudation that put you into even greater scarcity and invalidation and poverty. But there’s a little part of you that can recognize the germ of light in the darkness. The part that waters your garden, that bounces on your rebounder, that does your Sufi meditations and practices even while in the utter neurological torture of a brainstorm, sometimes frightened to tears by things that aren’t really there, with guts in agony.

I want you to know: none of this was wasted; you were already on the right track.
Maybe you don’t want to listen to me; maybe you switched off after the first couple of sentences when I mentioned weight gain. But I am you--this is you coming back to talk to you. So you can be sure I don’t like the weight gain thing any more than you do (lol). Can we set the weight issue aside for a moment? I want to tell you about the rest of it.

How would it feel for you to know that you could be free of psychosis and the constant feeling of an impending brain-fritz when not actually fritzing, free of months of mania and months of depression--and free of medication? Yes, you would still need to treat your sleep just like a medication, but no more pharmaceuticals. Can you even imagine that right now, when you feel like your brain is being constantly, randomly electrically shocked and you have a recurrent fantasy of that big Monty Python foot coming down from the heavens and squelching you? I’m here to tell you, it’s coming.

How would it feel for you to know that, although your elimination issues aren’t yet completely resolved (and how could they be after a lifetime of dysfunction), you are almost always not in pain in your guts? Can you remember that ever being the case before?

Right now, you don’t love yourself enough to believe me/your-future-self. You’re probably right that you’re not much use to other people when you’re psychotic and distracted with pain. But when you’re not psychotic and not in pain, my goodness girl, you have so much knowledge and wisdom, so much kindness and love, and it lights you up to share those things, and light attracts light and creates more light.

And do you know what’s so great? You don’t know it now, and you might not believe me/you, but you’re the one who did this! Yes, you will have to temporarily surrender to someone else’s care and direction, and yes that will cause you to gain weight, and yes this process starts the remission of some of the psychosis, and yes you become more functional and a bit more sane.

You are the one who makes that happen--yes, you/I will still need help--everyone does--but you are the one who puts yourself back on a strict therapeutic ketogenic diet and sees everything start to click. You’re the one who kept up with therapy and herbs and movement and meditation even when it was just going through the motions.

And you’re the one--because you are me, remember--you’re the one who has such enriching interactions now, who meditates because it feels wonderful, who’s putting her hands on people’s bellies again, supporting people to feel/heal themselves, bringing that wonderful atmosphere of meditation into others’ lives.

I guess it’s pointless to ask you whether you would exchange gaining some weight for all of those things, because you would probably say no. So rather than ask you, I’m going to tell you: that’s what you did, in your future. All those good things are coming. So good. And yes, you won’t like the weight. But oh my goodness, look at everything else, and you will be so very glad. Nothing is quite black and white, right?