is it really YOUR goal? 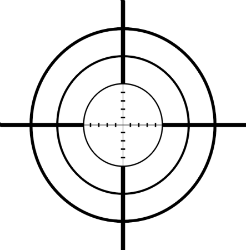 Here's the scary thing about having memes--unconscious mantras--dictating what you do: they can infect your goals!

But if our original goals were built on memes, either we won't choose beneficial practices or, if we do, we'll end up feeling like the naked emperor in his "new suit."

Is a meme dictating your goal-setting?
Whenever I think of setting goals, the first thing that comes to mind is "lose weight" and/or yet another cleanse/even-more-restricted diet. At the same time, fact: (1) I've been in the hospital weighing more than now and (2) whenever I've been much less than now, I've also been pretty lethargic and weak, at best.

Sometimes "the first thing that comes to mind" is your inner wisdom, higher self, guidance. But sometimes, it's automatic programming, reflex, the meme that jumps to the front of the queue because it built a shortcut. Once I started paying attention and getting real with myself, I realized how easy it is to distinguish between the two.

My hope is that the more I do these gongs, the more I root out and deprogram those memes, the more likely it will be at any given time that "the first thing that comes to mind" is inner wisdom, higher self, guidance--and not a meme! I hope the same for you also.

In the meantime, here's the mission statement and how it can help create some clarity of intent to set goals, choose practices, and choose how to behave.

A mission statement is a declaration of why a person or entity exists--"what I am here to do," "why this company was formed," "what I have to offer"--and also, if you like,"what I wish to receive/achieve." The statement must be succinct but  convey the essence of the purpose, applicable to all areas of life.

For example, someone's statement could be "I empower the next generation through information, and I participate in abundance." This statement might mean its busy owner would accept teaching gigs with an audience of teenagers but turn down opportunities to teach senior citizens. It might mean that the person makes income a high priority, but also that s/he volunteers at food banks/community gardens, practices random acts of kindness, or even consciously chooses to make do with less and experience abundance that way.

Your mission statement is a macro-mantra and a great diagnostic tool. Whenever a decision comes up,  say the mission statement, holding it up like a pattern, and ask whether a "yes" to this decision/opportunity would move you toward or away from that statement. You'll feel the resonance or lack thereof, sometimes as a physical sensation, although if there's a meme involved it may kick and scream for you to choose "against" your inner congruence.

My last gong enabled me to break through to a preliminary mission statement. Because of the way I'm using numbers to structure my gong, on which a little more tomorrow, I chose to construct mine as three three-word "I" statements. I've already adjusted one word!

WIth this pattern, every word counts, and all nine words (well, the six that aren't "I") cross-resonate.

Bringing up these three short sentences consciously to reprogram a meme is like dragging up a cannon against an invisible sniper with a laser gun. (Pun intended, by the way, since a "canon" is a set of rules by which one can live.) But the cannonballs are on fire, and they have heat-seeking sensors so it doesn't matter that the sniper's invisible. Keep bringing that cannon.

And away from the battlefield, the same tool can be used to till the ground and to create the sort of ripples on the surface of water that concentrate your attention on the still center from which creation arises.