More on the Gem Show 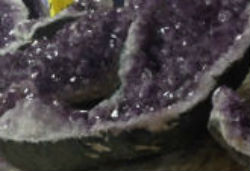 I took off from my routine again on Tuesday and took in some more of the Gem Show. Whereas last time was inside a convention center, this time was the more grass roots, street party face of the show, the sprawl and hustle and bright colors and sunshine lining the motels that line the frontage road on the west side of the I-10.

So much is happening at the moment, and as I said before, it would be so easy to miss out on this. During my wanderings, replete of course with conversations with strangers, I ran into people who've lived in or close to Tucson for decades who were finally coming to see what all the fuss was about with the gems.

Even the way I got myself out to the show was a beautiful illustration of how life converges. I experience myself as the center of my own web, giving meaning to the connections between different parts of my life. 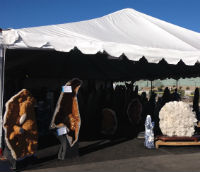 There are so many things going on all the time. Tucson Happenings will tell you everything they can about today and tomorrow. (And isn't it neat that "today" and "tomorrow" slide along with the march of days so that you never need to refer to the actual number of the day and month?) TucsonLit covers literary events. They don't overlap, and neither one discusses the Gem Show.So much going on, even if you didn't tend to stay home like I do you'd still be missing most of it.

And so it seemed especially apt to me that what got me out to the show was having someone to go with--meeting up with a new friend. And what's the  commonality between myself and this new friend? Herbs!

And what do herbs have to do with gems and minerals?

Both are of the elemental. Of what comes out of the earth and taps deep into the earth. But also of what raises energy skyward--plants and rocks both concentrate and refract light. Both carry energy, and act like "touchstones" (yes, the word has its reason) to remind us to make room for awareness of all the energy pathways beyond the ones we take for granted.

Both herbs and rocks are also iconic and appeal to humans' love of metaphor. 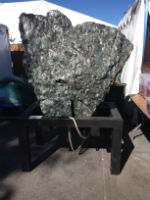 Medical and culinary "herbal" traditions also make great use of minerals. I'm not being esoteric: think salt for starters. Our bodies and the bodies of herbs contain minerals, and the rocks contain fibers. Both contain the same materials that we do and so remind us of our own beauty.

But that's not the only way to the gem show at all! Two other friends might have met up purely based on their love of beads, to look for the best bargains and most unusual designs. Someone else might have been on a solo mission, bent on making a quick buck running errands for vendors or acting as impromptu tour guide or taxi driver. The east-side rock shop owner who closed his store for the duration of the show might be relishing this annual opportunity to catch up with friends and colleagues from out of town.

It's just such a delightful thing to contemplate, that each of us makes our own meaning in this shared yet separate reality. Each to our own gem show, with the help of fellowship.

This is especially interesting since gems have been so charged with symbolic significance for humankind. I'll be back with some thoughts on that, and on how to keep gems (literal or metaphorical) charged with their significance rather than becoming the latest in a parade of bright shiny objects. 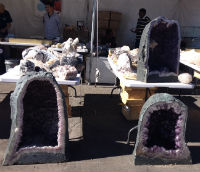