Where did we come from; where are we going? 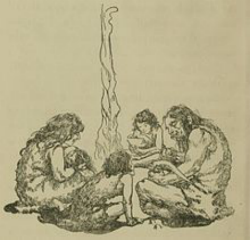 We know all about the power of now : it's the one time when we can make change happen. Great opportunity, great responsibility. But in order to use that power, we need to know

A change moment isn't as powerful when we don't take aim. I know this as an individual, but it's also true of us as a species. Have you heard the statistic that the next generation, for the first time since records were kept, is projected to have a shorter life expectancy than  their parents?

Many of my friends who are parents were galvanized into action when they heard that, and part of Pedram Shojai's drive to make this movie came from the consciousness of responsibility bringing his own child into the world.

Origins, four years in the making, documents Pedram's own quest to reconnect with humankind in its healthy, wild state, in harmony with nature, juxtaposing that with some of the most egregious excesses of western culture and its self-destructive path.

Along the way, a variety of experts share their thoughts, from safari park rangers through primitive skills experts through self-optimization thought leaders through farmers and soil experts through  medical doctors. One of my own guiding principles, "as above, so below" is front and center. The community of microbial life in our guts echoes the microbial community in the soil.  Clouds of air pollution in Asia pick up and carry over to the American continent. If we have compassionate thoughts, we harmonize our atmoshpere.

The most potent equation of all was that of fire. The film starts with the relationship between humans and fire, how primordial and transformative it is. It points out repeatedly that misuse of fire is at the root of our problems today, as for example with aggressive drilling for oil, a flammable product far removed from the wood and brush and dung first used. Then, most poignantly and significantly: the root cause of our physical diseases is inflammation--see the "flame" in that word? Another fire issue.

As well as being thought-provoking, Origins is highly visually appealing. So many evocative and carefully chosen images. I know so little about how one does that, and I was mesmerized. There were many beautiful children. There were also some disturbing images, from chemists dressed in space suits working on food plants to traffic brought to a halt by blinding smog to a gangrenous leg of a diabetic. The latter was only seen for an instant, and I think it was appropriate.

Overall, the message is profoundly optimistic--we are the ones who can make the difference! (Back to the power of now.)

Enough words from me; go see it! Through the 22nd, it's showing for free; go to that same link, and there it is. I consider Pedram a teacher and inspiration, a warrior out there in the world, doing  the inner work as well, sincerely aimed at being a force for good. I hope you'll choose to have an experience of this.

Okay, one last thing from me. I started out by mentioning parents thinking of the next generation. As a non-parent, it behooves me to add that watching this kind of material reminds me that we are all connected and to be more conscious of how my choices and actions affect not only the time I think I inhabit but also different times, spaces, and beings. We are all each other's mothers and fathers.

Written by Ela Harrison on Wednesday, 19 November 2014. Posted in Mindfulness