this side, that side, the dark side 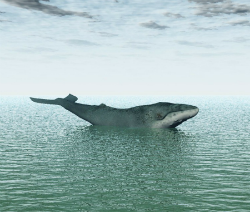 Since it's full moon today, I want to share a bit about this month's Sufi new moon meditation. That's not as illogical as it sounds: I've now had two weeks, since new moon, to practice the meditation and harvest something to say about it!

The meditation is a variation on alternate-nostril breathing, commonly used in yogic disciplines. It seems appropriate that a practice that involves harmonizing our own two reflecting hemispheres be associated with the moon, whose daily existence in our lives is an enactment of the subdivisions of a sphere.

Juggling. Piano playing. Knitting. Bicycling. Two hands, two legs, two eyes. Lungs reflecting each other off a central spine. We are replete with dualities. Doctors and therapists always recommend those activities that help brings the sides into harmony. And yet, even if you're not a mouth breather, chances are you're unaware that the two nostrils work independently, that one or the other is dominant at any given time. Here's a little on the why and how of yogic alternate nostril breathing. Once again, harmonizing one hemisphere with the other is recommended for overall balance.

The Sufi meditation practice, which came from Richard Martin and the Raphaelite work, was immediately attractive to me because it doesn't involve blocking the nostril with the hand. That's always seemed mechanistic and forced to me. If it's a natural aspect of our mechanism that we've lost awareness of, surely better to reawaken that awareness.

Then, the mirror image.  Five breaths in and out the left side, hold in the middle, with the same focus on left leg, left torso, left arm, left-side head. Again, the transformative awareness of the left side as a whole being.

Now you get to cross over the two sides. This is the gold that therapists praise in knitting and piano playing because it harmonizes the hemispheres; perhaps it's even more golden here because you've defined the two sides so very solidly and are aware of them as discrete.

And now you get to breathe in the right, out the left, then in the left, out the right. By this point, I crave that back-and-forth! Five of those, directing your energy to the pineal and pituitary, the third eye.

The final cycle of five breaths doesn't specify a nostril; instead, you're breathing into the third eye/pineal/pituitary center, and out the crown chakra, the part of you that's oriented to the sky. When I breathe this out-breath, I feel like a whale! I guess that's a funny thing to say, but after all the harmonization of one side of myself and the other, sending my breath outward through the center at the top gave me this sense of integration, of being a channel, of all the life-giving force pouring into and out of the top of my head, like from a whale's spout.

Of course, whales themselves embody duality; they have vestigial limbs, their lungs and eyes come in pairs. But we can't see their limbs, and I think our impression of them is as a much more spherical, non-split entity than we are. Whale or human, split us down our spine and we have many pairs. Even the winding of our singular guts goes up and down in a mirroring fashion.

This meditation brought a physical, felt sense of the two distinct pairs, just as the new moon and the full moon, if we're aware, bring us a felt sense of dualities in our personalities. Best of all, though, was that transcendence at the end, toward the stream of crystal air pouring in the third eye, out through the top of the head, where the bones didn't meet when I was a baby.

The moon isn't symmetrical. I only have to look in the mirror to know that the right side of my face isn't an exact reflection of the left. But if there was no dark side to the moon, no silver nitrate backing the mirror, there would be no reflection at all.

Note: This is a description in my own words of the meditation I've been practicing. I'm not aware of anywhere that the discipline has been published save in the private Sufi newsletter.

Written by Ela Harrison on Thursday, 06 November 2014. Posted in Mindfulness