Of Inner and Outer Awareness; Sorting the Words

awareness is a responsibility 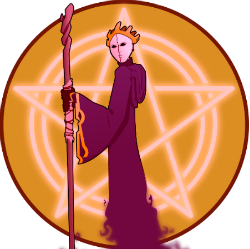 In my new home, my tiny monastic cell, I practice silence. But words join hands and dance the walls like cut-out paper-lady chains. Words cram the pages of books stacked two rows deep on the solitary bookcase left from the three I used to have--books crammed up against each other, words pressing outward.

I bounce on my rebounder, carefully positioned away from the ceiling light/fan which I could easily hit my head on, trying to shake loose all the lint litanies and junk judgments, and words move through the air, Brownian motion, visible crystals.

Used to be that a shaman was only responsible for/responsive to a few hundred souls at most. How do we manage now, when the urgent messages we receive turn out to refer to terrorism on the other side of the Atlantic?

Silence, simplicity, listening, focus--these feel so natural but they're not yet automatically natural behavior. I'm face-to-face with the feeling I've had since childhood that I'm breaking a spell (yes, that word) when I become talkative, especially when I fall into gossip--that I'm being lazy and lax. It feels like an honor and a privilege now to build the muscle, to allow the silence to become natural, to forgive the lax lapse but design my environment specially for building the silence muscle.

At the same time, I've heeded the warning not to become a "human ouija board," whereby everything is "a sign" and choices are based on how the tea leaves fall or what color of the alphabet the UPS guy greeted me with. I've allowed the structure of a day and the lack of structure of a home so small I don't even have a desk to work at to be the two legs walking me down the horizon of silence.

But on the third hand, perhaps I am a human ouija board in a world and society far more sprawling than the traditional shaman's equipment was designed to handle. Some of that comes from beyond, but some it's my duty to hone. A few nights ago I had a gut-wrenching, terrifying premonition. That was the message from beyond; my in-dwelling interpretive faculty immediately scanned my loved ones--family members, a friend with cancer--were they going to be okay this night?

Of course, I soon discovered that what my apparatus had picked up was the terror attacks in Paris and perhaps Lebanon. This explained the size and impersonality of the premonition.

What are we to do with an awareness of something so monstrous--a long-distance awareness that cannot possibly have material impact? Do you know what "martyr" literally means? It means witness. My first response was to give thanks for the awareness, for my gift of being able to witness. Best done in silence and simplicity, listening, and focusing. And then, a commitment to cultivate this silence and awareness, to commit to being a witness even if there is no obvious utility/utilitarian benefit to it.

I have to believe my ability to witness/be aware of events thousands of miles distant is a gift to the universal consciousness--a small anchor, one of many no doubt, acknowledging that the unspeakable, the unspellable, the beyond comprehension, are nonetheless comprehended all around the planet and not allowed to remain in senseless isolation.

When I can see my role in this way, it's clear that far from a human ouija board, I'm actually a relay of the divine universal consciousness that sparks and spells us all.