milestones can only be arbitrary 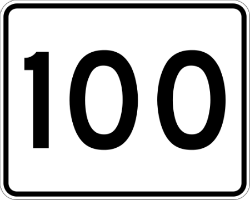 The next herb I will write about here is Monarda-- Mexican oregano--movement embodied and personified in plant medicine. Monarda my sweet-hot, my ally in this time of change and mo(ve)ment I undergo in alongside spirit with many others. But that won't be today.

Part of "why" is the aforementioned movement and change pervading this leg of my life--the flurried eccentricity (ex=outside of, centr=circle -- outside of centeredness, whether that center be "cultural norm" or whether it be the inner compass of the indivdual).

But did that freewheeling away from the center take me into superstition and block my posts? (super=over/above, stitio=standing point -- (making inferences) over and above what stands before one), both outside and hovering over my center?

A hundred? Triple digits! A ton! A century! A buck! Boiling point in Celsius!

That's going to have to be a really special post, right? I'd better have something really good up my sleeve (or, as more recent parlance would have it, in my back pocket), or else a very fine rabbit to pull out of my hat. And no cliches! Some sort of magical weaving of my various spells, herbal and verbal, with some sort of satisfying and interesting explanation of why I'm moving house, how I'm healing, how I'm managing to feel abundant despite being hard up.

One hundred says step over the edge, find one in three, find three in one. One hundred takes me back to four years old, grade school, the 10x10 chart with all the numbers one up to ninety-nine that we would chant-march our way through, adding  a new row-decade each week. Until we got to "99" and we all knew what came next and we were all bursting to pronounce it, but the 10-by-10th square in that grid, alas, stops at 99 and so must we. So perhaps the Romans had it right with their inclusive reckoning.

And I remember the day Miss White pulled out a piece of white card, took the black marker, and wrote "1-0-0" and the voice in me reading along exulted "ONE - pool - pool" (I still don't know why that's what my voice called zero then). "ONE - pool - pool" was tacked up on the inside of the cupboard door, where only the tallest of us could reach it. And so thereafter we would steam-engine through our grid up to ninety-nine, and as we all said "ninety-nine" Miss White would overtone "Quick, Claire, go and get it!" and as we held our breath  Claire would dash to the cupboard and rush the card up to Miss White, so that the bated steam-engine collective breath could crest into "a HUNDRED!"

A hundred what, though? Why is it important? 100 yards isn't any particular landmark--the milestone comes at 1760 yards. Speaking of the Romans with their funny counting, a hundred is "C," which is no more singularly significant than "L" for fifty, or "V" for five and "X" for ten, for that matter. You could weigh or measure the same object or distance or temperature in different calibrations, and 100 in one would be some dun-colored unflashy number in the other (try Fahrenheit to Celsius). As for blog posts, I've revised, republished, deleted posts, and some posts are fractions of two- or three-part thoughts.

What counts? And what are we counting? And what's so special about base 10?

What's so special is that it's chosen. That it's allowed to be as arbitrary as a good armchair in a west-facing window at 6pm in autumn, a place to rest your base, to look at the movement that keeps on moving. What's so special is the deep pools of those two zeroes, those eyes into the stacked depth of quantity that fuels quality, led by that upright guiding one. Special trinity, three in one, multidimensionality formed on a double helping of "not" to a single helping of "is."

Special the opportunity to love on words and love on you and to say something without seeming to say very much, perhaps. Eccentric. Superficial? (super = over/above, ficial = face, surface -- that which is over and above mere appearance, like the spirit of God moving on the face of the waters preluding light.) As you move over the surface--any surface--feel the buzz of non-corporeality even though your eyes see solid. Appearances invite you to dowse deeper. The big step into triple digits is just the first reminder in a long while that there's always another number after the current one.

Written by Ela Harrison on Sunday, 04 October 2015. Posted in Blogging, All About Words, Mindfulness