the food reward hypothesis is bogus 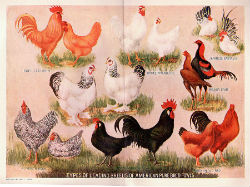 In his article discussed in the previous post, Dr Christianson recommends plain, boiled, cooled potatoes as the most effective "hunger blocker." It's important to recognize that this article can't be taken in isolation and must be seen in the functional medicine/paleo discourse in which it was written, no matter how mainstream an audience he's reaching for.

To which point, as I already hinted, you can't mention plain, boiled, cooled potatoes without bringing up the food reward hypothesis and the concept of resistant starch (separate but related).

The "resistant starch" hypothesis, as I said already, suggests that this particular kind of fiber is fermented by gut bacteria into short-chain fatty acids, highly satiating. But this begs the question whether a given person harbors the appropriate bacteria. Some would say that eating resistant starch will attract colonies of these bacteria, but in the meantime, depending on your bugs, you could get horribly bloated and gain weight. Even if you think you'd like some of those bacteria, this isn't good short-term weight-loss strategy.

Food reward. Basically, the food reward hypothesis claims that the better food tastes, the more of it you'll eat--and, the implication goes, the more you eat the more likely you are to be in positive energy balance and gain weight (false: you could very possibly be more active after eating more calories, for example, or blow through a bunch of energy doing some hardcore math or writing, not to mention that happy chemicals burn calories).

There are so many things wrong with this hypothesis/claim:

So, where's the reward in "food reward"? Let me tell you a story about the chickens who freely roamed one of the farms I lived on in Hawaii. A small cohort of these chickens showed up at my cabin early every morning to see what might be good. They were Rhode Island Reds and White Leghorns.

It was fascinating to me how the different breeds differed in what they were willing to eat.  It's true, the Rhodies, who ate a greater variety--they were helpful in eating up the endless earwigs, for example--were bigger than the pickier Leghorns. Someone said the Rhodies ate more because more things tasted good to them, implying gluttony again. (Food reward for chickens? Another nutrition just-so story. I don't think birds atually have taste buds.)

But here's the other truth: the thin Leghorns across the board were stupid, and the Rhodies were noticeably smarter. Despite their pickiness, it was a Leghorn that got hold of and swallowed a worm-shaped rubber fishing lure and could not be dissuaded or tempted (with some real food) to drop it. Stupid, and stubborn.

My point? (And bear in mind this is coming from someone with celiac disease who's also restricted her diet in one way or another (from fruitarian to ketogenic) her whole life.) My point is twofold:

Written by Ela Harrison on Sunday, 21 June 2015. Posted in WholeHealth