Ships in the Night, Threads in a Canvas of Stars 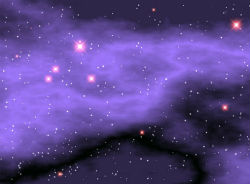 Two ears, one mouth, and ten fingers to cover it with. So many things I "could have" written of, these past three months, in an effort to make connections. But oftener and often, I feel that all my connections are ships in the night, that personal communication is merely a proxy for or distraction from what's really going on, that "what's really going on" transcends space and time, and death.

I found out last night that my Hanai uncle Ole' left this embodiment two days ago. He was in his 70s--younger than my dad, older than my mom. As far as I understand, for the type of cancer with which he was fairly recently diagnosed, the demise was mercifully rapid. We were ships in the night; we were also deeply connected. In a post-Ole' world, will I still be so sure that deep connections transcend depth?

I sought out Ole' to teach me beekeeping when I was living in the jungle on Hawaii's Big Island and devoting all of my energies to permaculture/tree work/gardening/community living and some of the adjunct personal growth stuff that goes along with that territory. Ole's own living situation was highly permacultured too, but it was also a combination of reclusive and intimate, his friendships curated and cultivated, stable not transient. But his latitude and openness to accept new friends, or just to be civil and conversational to anyone, were like the broad sky, and were totally belied by his gruff veneer and the long pauses in his speech.
Ole' was comfortable with silence.

He taught me beekeeping and we worked bees together the whole time I lived on the island. I started out with a borrowed suit about five sizes too large, and after a while he even got me a suit that fit better. This wasn't bee shamanism or "try never to squish a bee"; it was hard work, get-er-done, heavy--but it was also completely respectful of and consciously connected with the hive as an organism, and it was organic. Yes, I had aspirations or pretensions toward bee shamanism, and yes, I developed my own method for handling bees, but Ole's bees were feisty and cranky, and I think that was exactly right. It was a different sort of shamanic teaching, less pretentious, quite merciless, loving the harsh as well as the soft.

I left the Island shortly before the varroa mite arrived. As Ole' had predicted, not long after that most of the wild hives on the island died off, as did most of his own hives, and rather than take on a full-time war against the pest, he got out of beekeeping.

I said Ole' was my hanai uncle: in Hawaii, there are two types of family--ohana and hanai. Ohana includes blood relatives; hanai is the family of those you choose and those who choose you. I became Ole's hanai niece at a time when I was very very far away from my flesh-and-blood family, somewhat to their resentment; I wasn't even much good at keeping in touch by phone or email. If I was that useless with my "ohana," what good would I be to "hanai"?

Maybe I'm just low in oxytocin, but like I said, personal connections often feel like ships in the night, while the stars of that night sky are holes we thread through our meta-everything connections.

But Ole' was the first person among admired and beloved mentors in my life (perhaps the only) to give the mentorship a familial connection. He might have been the first person ever to explicitly acknowledge the nontrivial, nonsuperficial connection and to make something of it, with no ulterior motive or advantage-taking whatsoever.

This connection with Ole' slowly and long and eventually has worked and works me over toward connection with family, connecting and respecting and ship-in-the-night-ing even if all the while I can see something cosmic and energetic and more important happening above the conversation. I learned that the cosmic and meta is sometimes sweeter with some physical immediacy.

The shamanism issue recurred; he was a former martial artist and advised me to learn some--advice I've partially incorporated via Chi Kung but that still nudges at me here and there. Or it manifested in his fundamental practicality. He had rainwater catchment, but drinking it always produced diarrhea, so he hauled municipal water instead. Practical shamanism for me at a time when I was surrounded by people who made themselves sick rather than compromise a principle/touch anything municipal (perhaps I was one of those people).

Perhaps it's apt that I have no photographs or artefacts, only a holiday greetings card from a couple years ago that I never took down from my bulletin board. I hadn't seen him since I left HI in 2010, although we kept in touch by phone and some by letter. When someone dies, there's always some guilt over how long since I was last in touch, and yet my belief in the transcendent connection remains. And yet...
I wish I'd shared more of my poetry with him. He was clearly poetically inclined, as his outgoing answering machine message (what he called his "robot") will attest:

The bee doth buzz and make the honey sweet;
the hound, she bays upon the moon;
and somewhere in a cavern, deep beneath the earth,
a troglodyte is acting the buffoon.

You rang my line with some concern,
inane thought, or desire;
but what went shifting through your head
that set your mind afire?

And then you had to leave your message. Sense of humor too, and many big dogs over the years. And yes, I never went in a cave with him, but acting the troglodyte/spelunking was another of his major avocations.

We're not finished, Ole'. Ships in the night threading the stars. But yes, it does feel different, another mentor having joined the departed. I must be almost middle aged, or almost adult, tasked with keeping their wisdom, representing their special flavor on this earth.