The Eyeroll: Focus and Peripheral Vision

As I've continued to process last week's thefts, the feeling of violation, I've been resisting the temptation to blame myself for manifesting the woes and at the same time attempting to ask, without self pity, what I can do/could have done differently. What is it that needs my attention and is not getting it?

Again with the questions. Perhaps there's a beautiful symmetry in the fact that I find questions so useful everywhere and always and in the fact that the one quality on which I pride myself and which I hope never to lose is that of listening/being a good listener.  But am I listening enough right now? I feel, rather, that I'm grasping desperately...

...rather than following the advice on my teabag: 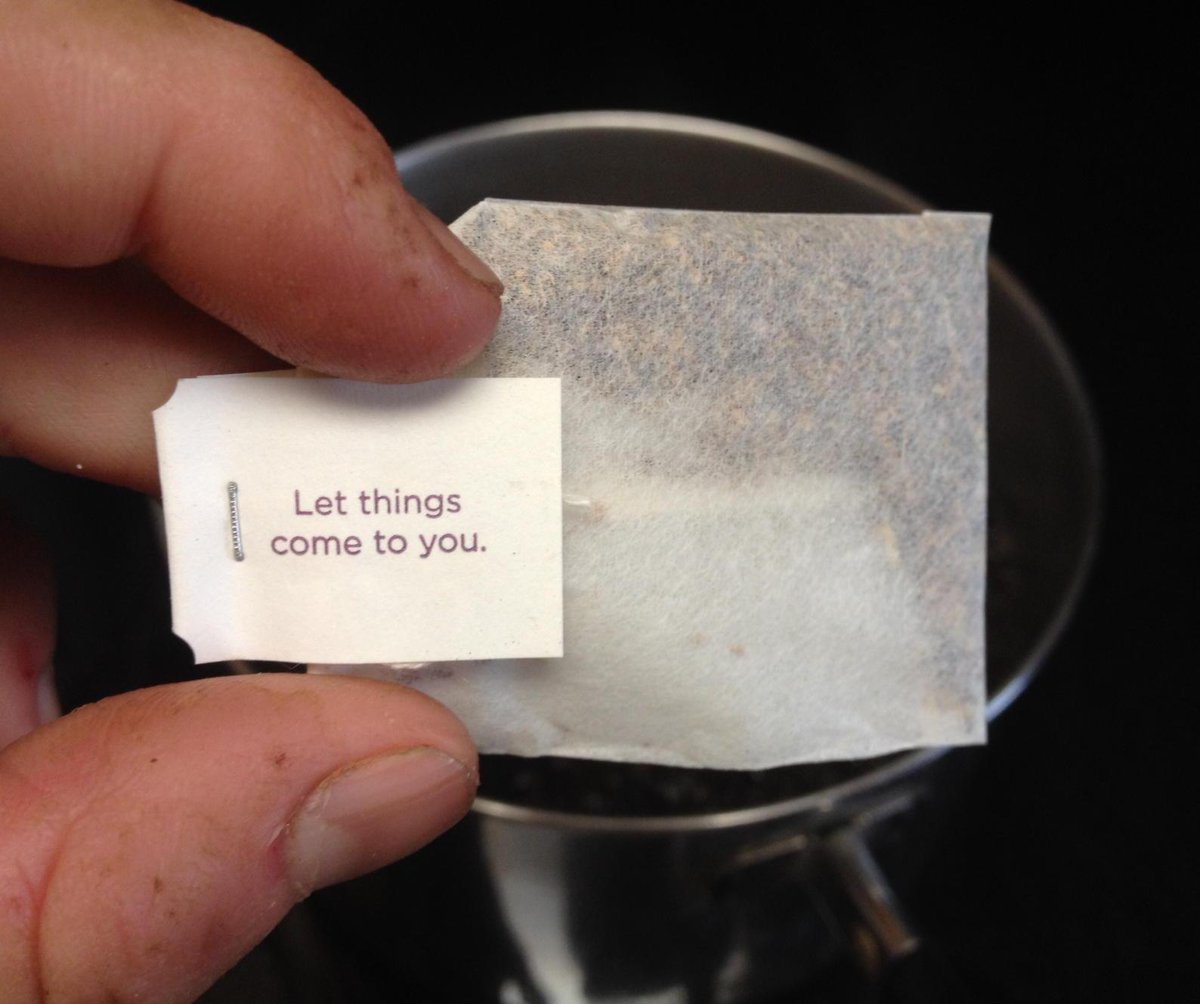 My focus feels scattered (can focus be scattered? Surely the whole concept of "focus" inheres in the opposite of scattered. But I mean to say that the part of me that focuses now on the march of words, the convulsions of my fingers on the keyboard forming intelligible words by tapping and creeping and sometimes backtracking to correct micues--that part feels  blown to the winds. It feels like the air blown out of a straw: while it's in the straw, it's concentrated and can only be in one restricted area. But once it's left the straw, it can go to the four winds.

What surprise, then, that the family treasure, the golden precious, was taken from the altar with nobody home?

On the other hand, and differently from focus, I'm also experiencing tunnel vision. I recognize this from other fragile times in my life. Some of it could be protection from peripheral hallucinations, but that's not a good strategy, as I'm tending to freak out at things in my peripheral vision even more than usual. Mostly, though, it's as if there's a black border around my vision, constricting it to a small field. Small like the straw that air was running down before it scattered, perhaps. And if my focus is so confined, perhaps that's why my scooter could be stolen from me when I was standing just a few feet away from it.

Too often, I don't know what I'm looking at. Sometimes, making words helps to clarify. But it must also be true that I don't see anything at all unless and until I look at it. For example, this morning I made a right turn at a large intersection and noticed an apartment complex kitty-corner to my turn.  This intersection is on my way to almost everywhere, so I've made this turn literally hundreds of times. But this was the first time I looked at that building, noticed the pale green of its adobe finish, the board with the name and advertisement of amenities and good value. I asked myself whether it was a new building, but it very obviously was not. I must have seen it, in the sense that its image must have hit my retina, but only when I happened to look at it did it have existence for me.  On the other hand, I see all kinds of things that are not there, all the time, and when I really look at them they tend to disappear.

This looking--this is why many spiritual and magical traditions, as well as eye doctors for that matter, teach focusing practices. Some are very specific about the shape/size/color of the object to be fixated on, some ask you to focus with the eyes closed, some loosely say "pick any object."  But looking at something seems to open something. Not only do you begin to see what you're looking at, it also can quiet the scatter of perception so that your listening becomes more acute, your breathing slower and easier.

That's been my remedy for the lack of central focus--and it's hard work. It's a conscious, deliberate counter to my desire to escape from the pain by numbing it with more pain (self flagellation) or with whatever other path to oblivion I can run into. It's truly humbling how hard it is to sit quietly and look.

As for the lack of peripheral vision, I remembered my studies of Chi Nei Tsang, a Taoist abdominal modality I was privileged to become a practitioner of when I lived in Berkeley, studying with Gilles Marin, a masterful teacher. Among the many practices he taught that were designed both to build our own energy/awareness and to use with clients was a slow eye roll.  As we slowly rolled our eyes around their circumference, we were directed to be aware of the places where they wanted to jump/skip rather than rolling smoothly, and to pause on those places and try to smooth them out. On the more theoretical level, the circumference of the eye could be mapped onto the Chinese cycle of the elements, so that, for example, if your eyes were skipping (and the right and left eye don't skip in tandem either) at the northwest quadrant, it might indicate a liver issue, or if in the bottom/south, a bladder issue. 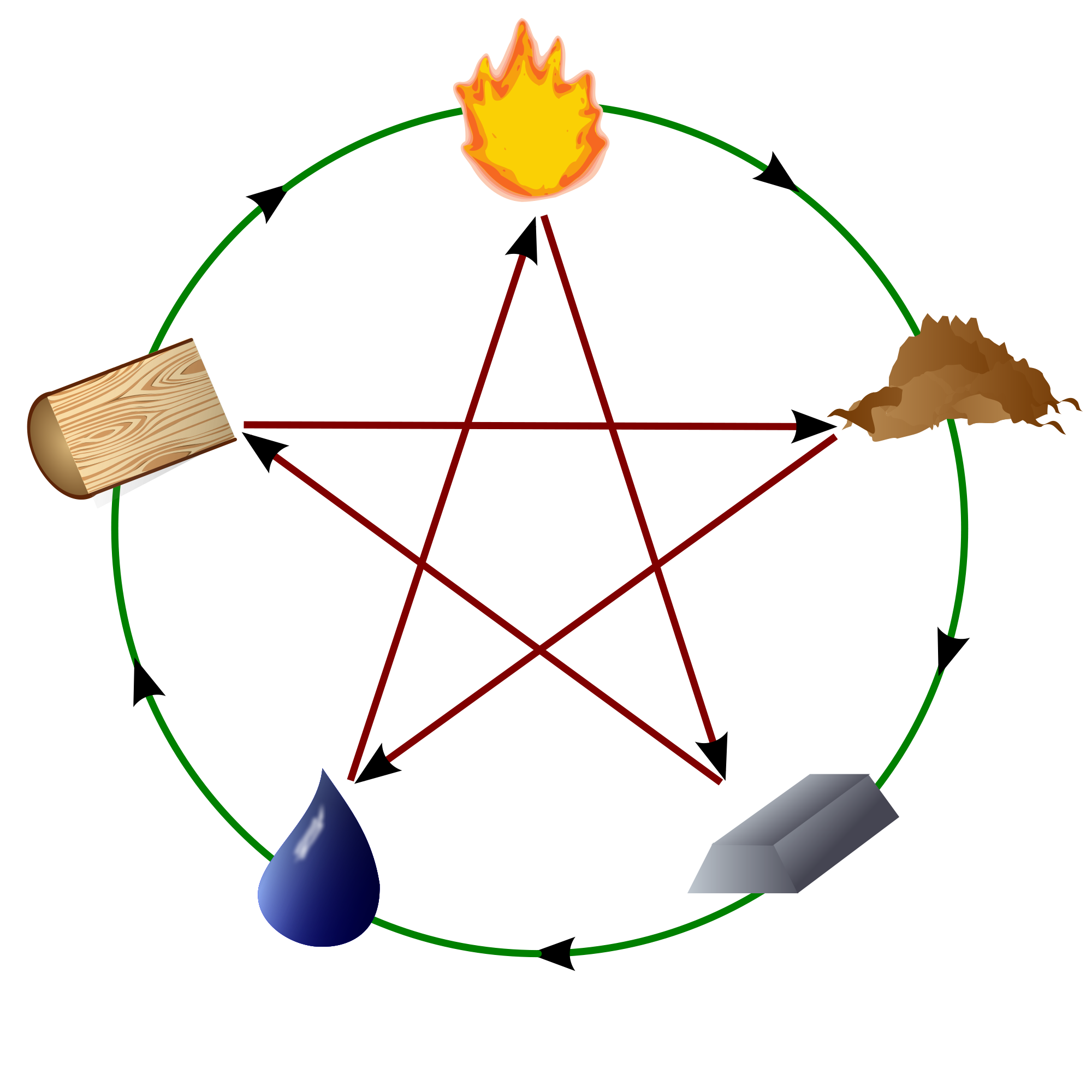