moving into winter, some language-dancing"" 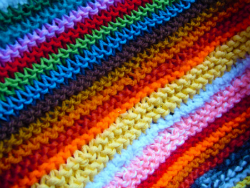 This morning I woke up with blanket. Blankets plural, actually. All the blankets I own were piled on top of me, folded double, and I still hadn't slept well for being goose-bump cold. It's getting into the 40s at night (and I'm a very chilly girl). And yet the sun shines by day, it warms up enough that I cling to leaving the windows open wide, letting the air dance through the little house.

Yesterday I finally, reluctantly, closed my back door. Save during a couple thunderstorms, it's been open the whole time I've lived here up to now.

It's November, after all! In Alaska, I'd be wearing multiple layers all over; it's snowing there.

Blanket, though. Isn't that an odd word? It sounds like a diminutive (applet, cotlet, caplet, tablet, dinette marionette). And it sounds like a diminutive of "blank."
I guess if you cover me with blankets I might seem "blanked out" but not from my own perspective, and folding the blankets over to try and be warmer doesn't make the items in any way diminutive of blank! If anything, they're "blanket-ets" at that point.

Well, guess what? You were right on both counts. The -et at the end of "blanket" is  diminutive and the blank at the beginning is "blank." Your instincts were right on!

To make sense of it, we go back to the Norman Conquest and mass donation of French vocabulary into our sturdy Anglo-Saxon (Germanic) rootstock. That variation between -et and -ette gives the clue that the diminutive is of French origin.  And what's "blank," or "blanc," en Francais?

It's "white," But, in that neat move language (users) make, the adjective came to be used as a noun for a common object to which the adjective could be applied: undyed, i.e. white, broad bedclothes. If a blanket's a little one, I guess a king-sized would be a "great white," right?

Extra credit: I'd be remiss not to mention that that word "blanc," hey, blanco, bianco, hey hello Romance language word, pretty girl's name Blanche, Bianca... that word? It's actually a Germanic word after all! Before the French were Norman Conquerors, they were Germanic Franks. "Blank" is even related to the word bleach, but that came later.

Blanket was a hybrid word before it ever came into English. Noun out of adjective, it gets turned back into an adjective all over again. A "blanket term" is a term that covers all members of a category; but this is totally a metaphor on our new word "blanket"; it's nothing to do with blanking anything out or shrinking it down.

I don't mean to tell tales, but the first time I learned this was around nine or ten years old, when I referred to our new  (Irish) next-door neighbor as "Paddy"--because that's what I thought his name was, because that's how my parents had referred to him! My dad then explained to me that "Paddy" was a "blanket name" for Irishmen.

Was there a hint of sheepishness in his "blanket"? Of course I later discovered that in this case, blanket was probably not just a metaphor, but a euphemism.

Meanwhile, I need to do something different for the early morningtimes. I've been walking around with a blanket over all my other layers, trailing on the ground after me, and it occurred to me that I've been called Pig Pen in the past and may be justifying it now! 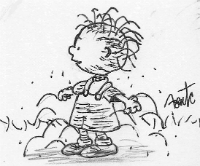 Written by Ela Harrison on Tuesday, 04 November 2014. Posted in All About Words, Tucson