What I Mean By Self Healing

OFF all meds, OUT of pain, GRATEFUL to be alive 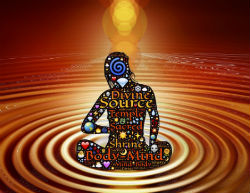 For those of you who might be thinking of working with me, and for anyone who’s known me for a while, it’s time I went into detail about all this wonderful self healing I’ve been bragging about for the past month.

In short, I’m off all meds, I’m not in pain, I’m appreciating my body, and I believe I’m alive for a great purpose.

For most of my life, I really considered myself a waste of a person. It was obvious that I had talents. Star student. First-class degree from Oxford University in a traditionally very challenging discipline, playing music semi-professionally the whole time. Switched academic disciplines two or three times. Advanced degrees from Stanford and Berkeley. But no completion on the PhD, quit playing music… Turned my hand to many other things and had success in those endeavors too, but never to form a coherent whole, never to summit in a “point” to justify my existence.

(Of course, as a recent theme on the blog should indicate, cyclic renewals and returns say these stories aren’t over yet.)

I never did well enough to satisfy myself, and yet I’m not an ambitious person at all. I’ve never been good at “setting goals” and have only found fulfillment when it’s clear that I’m being of service.

I didn’t stick to anything, I never got anywhere, because along with some genuine and serious physical health issues (take celiac for a start), I had two flaws conventionally called Anorexia Nervosa and Bipolar type 1 with psychosis.
I had them? More truthfully, they had me.
There were whole years in grad school--when I could/should have been establishing myself as a young scholar to be reckoned with, going to conferences, getting out there--that I scarcely had energy to walk to the bus stop, and from the other bus stop to campus; when it took everything just to get through my coursework, leaning on my unusual aptitudes which still let me ace the translation exams.

There’ve been whole years after I quit grad school when just holding down a translation job and doing some gardening and hiking was success. What sort of a life does that add up to, especially when constantly compared to “what might have been”?
Then, the minor renaissances--the community gardening and fruit harvesting and the beginnings of becoming an energy-bodyworker in California, the cheffing and herbing in California and Hawaii and AZ, the beekeeping, tree work, and teaching in Hawaii, the teaching and writing and outdoorsing in Alaska.
A series of daybreaks/broken days, incoherent fragments, punctuated by psychiatric and medical hospitalizations and emergencies, blood baths, collapses, scaring the daylights out of people who cared about me, damaging property, pushing people away.

As a staunchly natural- and herbal-medicine-oriented person since childhood, I was eventually compelled to accept and respect conventional psych meds. I’ve written a lot about this, and about the ambivalent value of a diagnostic label in knowing how to handle oneself/direct others to handle one. I probably wouldn’t be here now were it not for lithium and a couple other pharmaceuticals.

But as of about three months ago, I am off all medications! And although my body image is not perfect, it no longer preoccupies my every waking thought. I’m not starving myself, nor am I binging/purging/abusing stimulants. And instead of believing my life is basically a waste, I am grateful to be alive and fervently believe that I’m here to offer great abundance of service and healing.
I'm no longer at the mercy of anorexia and bipolar--the two illnesses which taken separately have the highest mortality rates of all mental disorders.

I mentioned weight gain a while ago. I can’t say I’m fully comfortable in this bigger body, but what I can say -- what I caught myself saying, and it brought tears to my eyes -- is that if I had to choose between how I feel now and this time last year, 15lbs less and psychotic and in torture, I would choose now. This time last year, I would have said I’d rather be dead than weigh what I do now, and I would have absolutely meant it. What a change.

I will have lots more to say about how I have liberated myself from medications and the crazy bipolar symptoms they imperfectly managed, and from the constant eating-disorder torture. Three things for now:

I doubt I will ever put another person on the exact program that I’m on now. And of course, there are still some things I’m working through, and I’ll continue to make adjustments. But having been able to find relief for my lifelong crippling issues, I know I can help others figure out theirs--yours?