but yes, constant awareness and vigilance 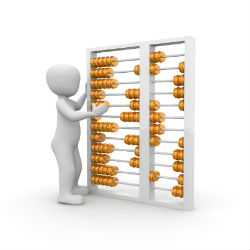 I need to address the good-natured objections of people who say “it’s a restrictive diet.” “It makes social eating all-but impossible.” “You used to be crazy-obsessive about tracking everything you ate and now you’re doing it again.” “It’s even a calorie-restricted diet.” “If it looks like a duck and quacks like a duck…”

Believe me, I understand the concern. I’ve been around myself-and-eating-disorders long enough. I hope it’s reassuring to hear that I’m monitoring my own obsessiveness, am keeping tabs on tendencies to restrict too stringently, and have set the intention to be able to keep myself in balance without always having to weigh/measure/track.
Here’s some more on how to distinguish between a therapeutic dietary strategy and an eating disorder.

About 15 years ago, Stephen Bratman even claimed to have identified a new eating disorder which he named “orthorexia,” where “ortho” means literally straight or correct and “orexia” is appetite. Here, the zeal to get every aspect of one’s diet perfect becomes obsessive-compulsive and can lead to nutritional deficiencies and social maladjustment. Not everyone agrees on the reality of this concept, but I can testify from my many years in the raw food world that I knew several people who developed eating disorders on the raw food diet. Even knowing that, though, I still feel the label is misused by people who don’t want to think about the importance of diet and want an excuse to dismiss it.

The point I want to make here, which goes along with my general point about why a therapeutic diet in my own case is health-promoting and perhaps the opposite of eating-disordered, is that in all the cases I can think of where people developed eating-disordered behaviors on an extreme (in this context, raw vegan) diet, those behaviors were almost certainly due to nutritional deficiencies, notably in B12 and other B vitamins, vitamin D, the essential fatty acids EPA and DHA, and zinc. Obviously, the problem (as with anorexia) is when the person is unwilling to address these physical health problems because they’re obsessed with their perfect diet that isn’t working for them and are unwilling to change their eating style even in the face of clear evidence that it's not working.

This free will situation is so sad, because it precipitates significant mental health symptoms, to the point of psychosis, but if the underlying nutritional deficiency were addressed, the mental health issues would resolve.

In contrast, a therapeutic diet is aimed at safeguarding supply of nutrients in the appropriate ratios and quantities to safeguard mental health, and health in general. Right now, I’m sticking to around 4:1 fat:protein/carbs combined, because that’s what’s given me the best results, clarity, sleep, and a host of other benefits. But I expect that this will fluctuate from time to time, and that if there comes a point that I really seem to be missing/lacking something, I’ll address it.

The motivation isn’t to hit a perfect 4:1 (80:15:5) every day; the motivation is to maintain mood stability and remission of psychotic symptoms, to be able to spend hours in a room, as I was today, with a frequency machine being demo’d which emitted some flashing lights and high-pitched tones, and to have the resilience to cope with it rather than having to run out shaking and crying after a few minutes. To be able to accomplish this unmedicated. To be free of paranoia and bizarre thought loops.

Additionally, many epileptic children are able to ease up on the ratio after a while and tolerate somewhat more protein and carbs without triggering symptoms, so that possibility is out there long term too.

I think if this was an eating disorder/orthorexia situation, hitting the numbers perfectly would be the main focus.

Although I admit people get themselves sick through obsessing about the perfect diet, it’s a disservice to everyone who has legitimate needs to manage their diet in a certain way to label all such management orthorexia. And on a positive note, there’s no doubt that I’m very good at controlling my food intake (even acknowledging the brief explosion into binging I had to experience). If I’m now using this skill which was maladaptive as a superpower to help myself do better, that’s all to the good.

Along with Bratman’s orthorexia, eating-disorder standard of care around diet is another woeful disservice to people who need to defend themselves from inappropriate inputs more than most do. And once again, there’s a kernel of truth to it. While in treatment myself, I have witnessed other people see supposed food sensitivities clear up when their nutrition status improved (pissed me off--was like the boy who cried wolf compared to someone like myself with bona fide allergies who was then given less credence). And it is true, eating disorder or not, that cutting out foods can lead to impaired ability to digest those foods, and that eating just a very few foods over and over can sensitize a person to those foods.

But eating disorder treatment centers need to realize that some of the time at least, someone with an eating disorder might have gotten that way because s/he gets genuine relief by obsessively avoiding foods--relief which might be provided by a better-designed diet--or, in the case of a binging disorder, s/he might be continually triggered by an allergen in the diet that should be eliminated. My own woeful experience with binging showed me extremely clearly that there are certain foods that make me hungrier.
The level of knowledge really needs improving.
One of the first times I was at an inpatient eating disorder center, the dietician told me that only anaphylactic allergies where the throat closes are true food allergies; that everything else, including celiac, would go away when the person stopped starving themselves. Given all the celiacs who don’t have eating disorders, that was obviously nonsensical, and it’s incorrect in almost every respect. Granted, this was almost 15 years ago, but she clearly knew nothing about the differences between IgA/IgE/IgF allergies and, worse, didn’t think she needed to know!

If the professionals are making mistakes like this, I have compassion for well-intentioned lay people having concern about a restrictive diet for someone who’d previously been anorectic for decades.

But the best thing I can point to is what I said in my last post: eating this way, instead of being continually assailed by obsessive thoughts and worries about food/weight/what I am going to eat/did eat, I’m able to forget all about food and focus on other, more important things. And if I do find myself thinking about food in anything like those old ways, it’s a warning sign, and I pay attention. If I have to do a certain amount of measuring and tracking so that I can then forget about food, that seems a pretty good bargain to me.

Better yet, if I’ve done all the measuring and tracking, then if I find myself lapsing back toward old self-dwindling habits, I can go back through my records and demonstrate to myself what I’d been eating at some point previously when things had been going well and revert to that way of eating. And if that doesn’t help, time to look critically at the situation and see what might need to change.

A word on the calorie restriction. I’ll have more words about it in a later post on why it’s part of the therapeutic ketogenic diet. But in this context--the context of the healing of this individual Ela--consider this: digestion takes up a huge amount of energy! In the context of a gut that’s sustained severe damage and subsequently been insulted, reducing the amount of work/energy requirement might just be a good idea. It sounds paradoxical, but if I eat less, I actually don’t need to eat as much--the gut’s not having to work so much.

This is why I’m so intrigued by the concept of efficiency of digestion (I’ll write more about this too). Many weight-loss strategies are predicated on eating foods that do not digest efficiently (I did this for years myself). If, instead of obsessing on weight loss, I look at overall gut healing and so focus on consuming efficient-to-digest foods, then I need less. It’s not about deprivation; it’s about strategic choices to make things easy. There are general elements to this, and there are individual affinities that need to be figured out case by case.

As for the social aspect, I do understand where people are coming from here. My default assumption is that I can’t eat socially (this is more because of celiac/cross-contamination concerns than because of ketogenic diet), and sharing meals has been at the core of human companionship (literally means “sharing bread together”) since time immemorial. I can especially see how people who love to go out to eat socially would recoil at imagining this eating style (having to negotiate substitutions for carbs, probably having to bring your own fat to add, avoiding too much protein or carb); people who take for granted that they can go out for drinks or dinner and have a good time in all aspects of it.

But, see, I have never ever had that experience my whole life!! When I go out with people, it’s about the company, not the food, and if the food happens to work out it’s a bonus. And yes, it is awkward sometimes and yes, it requires planning. But honestly, it’s less awkward than barely being able to go out at all because of the lights and sounds and general brain zappage.