Word of the Week: Frame

seeing in the best light 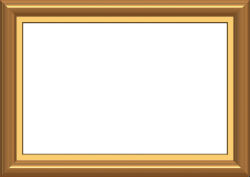 "Frame" and "reframe" have been a recurrent theme lately.

I'll be writing more about this, but let's start by looking at the word "frame" itself.

In language, word meanings tend to develop from the concrete to the abstract. And so, I'd always assumed that "frame" originally referred to a physical structure/mold/scaffolding upon which something could be built or within which something could be contained. And I'd assumed that the framing of a house or of a portrait was extended metaphorically to refer to a context within which we consider or refer to something.

In this case, I was wrong.

I first realized I was wrong when I learned that "frame" is related to the word "from." It's very unusual for nouns and verbs (frame, of course, is both) to derive from prepositions, which are "function words" that don't tend to extend metaphorically like that or interact with "lexical words."

From (an old Germanic word) refers to a source, and also to a forward movement starting at that source. (Interesting to phrase that without using the word "from"!) This forward movement meaning led to an adjective describing someone as proactive (forward-moving/thinking) and thus strong, and brave ("strong" and "brave" get identified in many languages, a thought worth pondering).

From this adjective meaning strong/brave/proactive came the verb framian, meaning "to benefit, be helpful."

It's interesting to me that this whole meaning cluster of benefit/advantage comes from the sense of proactivity moving out from  from, since from at its base refers to the source (from which, right?)

We are proactive, strong, brave, beneficial, when we move from Source.

But what does this have to do with framing and contextualizing?

Well, the noun frame came from the verb around 1200CE in that same meaning of benefit/advantage. The planned structure meaning, e.g. for the framing of a house, came two hundred years later, and the picture-frame-type enclosure after another couple hundred years, around 1600. Around the same time, it was used of the human body, and when things like bicycles and cars came into existence it was an easy extension for their structures too.

In all of this, there were other similar words floating about in the language, from other sources such as Old Norse, that influenced this extension of meaning. That's something I've learned to love about etymology: "folk" and "false" etymologies actually often have some truth in them.

And there I was thinking that frame originally referred to a physical structure and came to mean things like frame of reference, context, perspective.  On that story, the same basic meaning would have been extended from physical objects to abstract ways of thinking. Instead, the basic concept is abstract and metaphorical, it was extended to something physical, and from that physical extension came a further metaphorical extension so that I can "frame" my judgment or perspective or ideology or philosophical framework.

So often the etymology disappears in the use of the word. (Who knows anymore that obscene used to have anything to do with the theater? Radical is often used of boldly innovative thinking, when it actually refers to the root, going back to source.)

But I'm glad to have resurrected this original meaning of frame. Doesn't it enrich the concept, to consider that a frame for your thoughts isn't just a wooden square cutout, or a scaffold, but something that moves forward from the source and thus promotes benefit and advantage? It sure makes me extra motivated to ensure that my framing is the best and truest it can possibly be.

Written by Ela Harrison on Tuesday, 27 January 2015. Posted in All About Words