Herbs--Great Support for a Ketogenic Diet 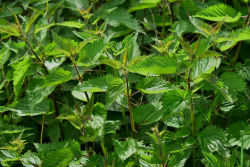 5% carbohydrate, what we’re aiming for with the therapeutic ketogenic diet, is such a low percentage, some people find it hard to wrap their minds around. Compared to standard diets since the birth of agriculture, it’s a drastic intervention to say the least. But if minimizing carbs promotes brain calm, what’s the tradeoff? Some people raise the concern that carbohydrates, particularly fruits and vegetables, are prime sources of antioxidants, vitamins and minerals, and as-yet unidentified cofactors crucial to nutrient absorption, and that we may not get enough of those..

In this post, I’m going to mention two big reasons why this concern is less serious than it might first appear (and these deserve a whole post of their own, coming up next). Nearer and dearer to my heart as an herbalist, I also share how you can utilize herbs in the form of infusions and teas to get those same antioxidants and micronutrients without adding carbohydrate calories.

Indeed, infusions prepared by long steeping of nutritive herbs are the antithesis of empty calories--they contain no calories, and they are full of highly absorbable nutrition.

Before I get started, I should make one thing very clear: none of the herbalists I will refer to endorse or recommend a ketogenic diet. Generally they recommend the sort of well-balanced, whole-foods diet conducive to metabolic flexibility that I agree is ideal (individualized appropriately) for people who do not have a condition requiring therapeutic ketogenic diet. For those of us who do require it, here I am with all my passion for plant medicine, bridging the keto and herbalist communities!

Here are the two reasons we shouldn’t be too concerned about lack of antioxidants/minerals/vitamins on a ketogenic diet:

This actually segues perfectly to herbs (including spices), as the lower carb and higher antioxidant the vegetable, the more herb-like it tends to be. Think arugula, radishes, asparagus. Think parsley. Think nettles.

That space where it seems like a fine line between “herb” or “vegetable” (I think of nettles, parsley, asparagus, radishes, and arugula, to name but a few, as either herbs or vegetables depending on how I’m using them) - that’s the sort of carbohydrate on which to base a therapeutic ketogenic diet. That’s where you’re getting the most minerals, the most antioxidants, the most life force--and the least carbohydrate.

Think dandelions. Think clover. These vegetable/herb borderliners are often also considered weeds, which simply means that they grow vigorously in places humans think they shouldn’t grow, and that they are equipped with all of their own chemistry to ensure this vigor; they haven’t been cultivated into tastier man-made versions of themselves, which are higher in sugar and lower in the chemistry that is medicine. 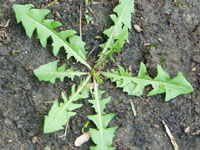 And yes, “medicine” also tends to mean that your tastebuds can guide you as to appropriate dose (the dose makes the poison), and these wilder, weedier, lower-sugar versions will satisfy in smaller amounts--perfect for the low-carb application.

But there are the nutritive herbs too, including nettles, clover, oatstraw, mallow, comfrey, linden, which contain abundant minerals and phytonutrients and fewer alkaloids/medicinal chemicals, and the best way to benefit from these is not to eat them at all, but to infuse their dried leaves/flowers(/occasionally roots/barks) for several hours and drink the resulting liquid! 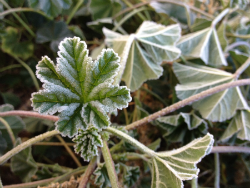 These infusions will more than make up for anything you might have feared you were missing on such a low percentage of carbohydrates. Just a cup of nettle infusion, at a full ounce of dried herb to a quart of water, will have at least 200mg of calcium, whereas a short infusion with a smaller amount of herb would barely yield a tenth the amount. And, to the point alluded to up top, whereby whole-food sources of vitamins and minerals also contain as-yet unnamed or undiscovered “cofactors” crucial to their absorption, infusions of whole herbs contain these too.

Once again, a “long” herbal infusion is a full ounce (28 grams) of dried herb steeped in a quart (a liter) of just-boiled water. Steep the herb in the hot liquid away from the flame for at least 4 hours, or overnight. *For those unwilling to use a scale, for leaf herbs, an ounce is approximately a cup of herb. For roots, which are denser, it's going to be less than that.

My favorite is still probably nettles, but I love oatstraw, linden, comfrey, dandelion, burdock too, and I’m starting to warm up to red clover.
Hibiscus is also wonderful in this very hot season. I like to use less than an ounce of it per quart, and I like to do cold infusion (i.e. start with cold water).

Herbs with more bitter or aromatic compounds need shorter steeping times and much less herb (maybe a tablespoon or two per quart). My favorites at the moment are:
Calendula (which I love to make as a cold infusion),
Peppermint (a strong (still <1oz/quart, but up to 4 tablespoons/quart), cold peppermint infusion can be a game-changer in small-intestinal complaints, especially when used along with calendula). Note: if doing a cold infusion, you can steep these kinds of herbs for much longer, like overnight.
Gynostemma (I feel this is somewhere between “nourishing” and “aromatic”--it can get bitter if steeped too long, but it has more complex chemistry than a purely nutritive herb).

It almost goes without saying that this provides a great repertoire of delicious drinks without going anywhere near caffeine. Getting away from caffeine in all forms has been a major piece in getting a handle on my bipolar symptoms. Mania loves caffeine, but my brain feels so much better now.

By speaking up for herbal infusions I’m actually jumping on an ample bandwagon with a professional band improvising in alluring harmony, perfectly accoutered. There is so much great information out there already about them; all I’m adding here is to point out what a great asset they are in the context of therapeutic ketogenic diets.

Susun Weed is the doyenne of nourishing herbal infusions, and she is lavishly generous with her information and instruction about the how and why. She also preeminently walks her talk and drinks her infusions.
This article of hers sums it up, with a video and links to other articles she’s written about nourishing infusions.

Here’s another lovely article; the author here refers to the infusions as “long infusions,” to make clear the difference from a tea (a shorter steeping and a smaller amount of herb, more appropriate for herbs with bitter compounds/chemistry, with a good discussion and cautionary tale of making a long infusion from a bitter herb).

In general, we do well to extract goodness from plants and fungi. In later posts, I’ll share more about using herbal extracts so that we can benefit from these wonderful entities no matter what macronutrient plan we follow.