When Ignorance Was Bliss: A Look at Tetra pak

now what do I do? 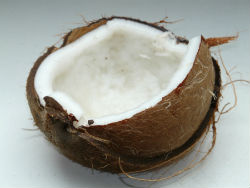 Identifying threats and getting paranoid; insisting on optimism and burying your head in the sand--it's a daily struggle to find the balance. There are real dangers in all of our environments, some of them undetectable to us,  whether an odorless gas, a flavorless chemical, an attacker under the bed, a disruptive frequency. On the other hand, it's possible to become so stressed and doom-laden that we sicken and paralyse ourselves.

You might not have guessed, but my slight tendency is toward head-in-the-sand and hope for the best. Yes, I won't eat or drink out of plastic, but I still use the Vitamix with its "non-BPA-but-still-plastic" pitcher daily (although I'm saving for a stainless steel pitcher for it). I'm aware that electromagnetic frequencies can disrupt our own vibrations but I use Wi-Fi and a cellphone. I've been known to put oil in my car and not wash my hands right after, and to eat food that's burnt brown/black, known to be carcinogenic.

I pay attention, but I try not to be alarmist or strident. This time, though, I caught myself applying standards inconsistently in a way that, if the standard has any merit at all, is potentially dangerous. Sometimes a substance gets a free pass just because it isn't something else. Let's take a closer look at Tetra Pak.

Tetra Pak--the aseptic cardboard-based cartons used for milk, juice boxes, coconut water--gets a free pass in most people's minds because it isn't BPA. (It can also make the claim to be recyclable, although  since in practice there is almost nowhere that it is actually recycled this is considered greenwashing.)

The fact that Bisphenol A (a plastic used to line cans and coat receipts) messes with hormones is such mainstream knowledge now that "BPA-free can" is a viable advertising slogan. It's got its own dot-org just to keep up with all the information. Because of the way that hormones work, very small doses of "disruptors" can play havoc, which is why they're called "disruptors" rather than flat-out poisons. But this means that there may be no safe level. In fact, a tiny amount can have a different (and sometimes worse) effect than a larger dose. BPA has taken much of the heat, but what about all the other plastics, which visibly corrode, degrade, abrade, inviegle, but don't actually break down? (Some experts say some of these are worse than BPA.)

If it isn't BPA it isn't necessarily off the hook. Which is why I only have glass and steel containers and am eager to get a steel pitcher for my Vitamix. So why on earth do I even care about Tetra Pak and cans? How are they even in my life? A good question, given my whole/fresh-food orientation.

Over the past few years, it's become clear that I do best getting most of my calories from coconut. I was doing this with canned coconut cream (non-BPA liners!) off and on for a while; it's highly convenient. Fresh brown coconuts, unfortunately, are moldy too often to rely on for a staple. Coconut butter has more fiber than coconut cream does, which might be a good thing but makes it slower for throwing together a smoothie on the way out the door, and in cool temperatures it's harder to work with.

So, when I discovered these packs of three slightly-more-than-quart-sized containers of coconut cream with no gums or other additives

, in the same packaging that one commonly finds coconut water, juice (kids' drinks!), etc., I didn't stop to think too much farther than "yay!"

Of course, as soon as I opened a carton (warming it up and shaking very thoroughly so the cream was homogeneous) I would decant all of it into glass jars. But this was as much for convenience as out of concern for the Tetra Pak. That way I could put what I was using today in the door of the fridge and the rest at the bottom and back where it's colder. I've never had it spoil.

Which is interesting in itself, given that coconut is the only ingredient and I know from experience that fresh coconut cream begins to spoil (or improve, if you promote good bacteria) within just a couple days or so. But in Europe and the Middle East, the stereotypical association for Tetra Pak is with UHT (ultra-high-temperature) processing for extreme shelf-stability. Noting the longevity of my coconut cream, I started wondering how hot it had gotten when packed, which led me to wonder what it was sitting in when it got so hot.

Digression: I didn't really want to wonder this. Didn't want to attend to the little voice itching away at me. Why mess with such a good thing when I have such a hard time with food?  I spend way too much energy worrying about food and how my body's going to react to it. Coconut cream works for me. This particular brand tastes delicious, I love it, my body loves it... Too good to be true? Well, yes. Having made coconut cream from scratch by hand--even having made it from scratch with an electric juicer--it did seem kind of too good to be true. Very inexpensive too, and whistle and Amazon will bring it.

I had to know. What's it made of? Tetra Pak themselves will proudly tell you: it's cardboard reinforced with aluminum, with polethylene (PET plastic, like that used for the #1 water bottles) coating the inside (in contact with the product) and the outside.

Um. So my coconut cream's essentially in a #1 plastic bottle, and was probably heated to a very high temperature when packaged. I won't drink water out of those bottles because it's "estrogen water"; the plastic is known to leach estrogen mimics into the water Guess what sort of molecule actually carries and absorbs hormones and hormone disruptors? Yup, a fat molecule. What's coconut cream mostly composed of? You got it, fat. That's why I didn't want to get coconut cream in cans.

What do I do now? Do I say "never mind, it's probably not as bad as BPA, and I've never felt any ill effects from it" "we all have to make compromises"? Or do I go start drinking water from plastic bottles--might as well, since I've been drinking fat stored in the same substance? Although the latter sounds brutal, it's the more intellectually honest response.

In fact, at the very minimum I should quit using this form of coconut as my main source of calories and save it for occasional use, and I should seriously consider not using it at all, and also not buying Tetra Pak coconut water as I have done occasionally. Buying shredded coconut (least processed, least amount in contact with plastic packaging) and making it into coconut butter in the Vitamix myself might be the cleanest solution with the least extra work. If I'm going to do that, though, I'll definitely need that stainless steel pitcher as a priority.

This is one of those times that ignorance was bliss, that "if it seems too good to be true it probably is," and that I had to go on sixth sense (the awareness of ignorant bliss) and a sort of faith: faith that with some research I'd be able to find the facts, and faith/belief that something I can't physically feel hurting me, like a plastic carton liner, could be harming me without my realizing it.

As I said at the start, I tend to err on the side of head in the sand rather than strident whistleblower. But this is something I was choosing to ignore. I finally listened to the little voice inside and did the research, and now I'm forced to be more honest and consistent about how I treat myself, let alone what I choose to feed others. If I wouldn't even drink water out of plastic for what I believe to be good reason, I'm sure glad I now know that that's what my coconut's in--never mind ignorance is bliss.

If you want some more research on Tetra Pak itself, and of the question of plastics and estrogens, this study from 2009 suggests that estrogens leach into mineral water from both plastic (PET) bottles and  Tetra pak, but that the latter may be an even worse culprit; the water packaged in Tetra pak had higher levels than that in the plastic bottles.

They measured for estrogen in mineral water in glass bottles too, and even some of that had estrogen in it. Glass leaching estrogen? Not likely...The "estrogen water in glass" came only from a specific spring, whose water packaged in other materials was even worse, so it's likely that there was some contaminant either at the spring itself or at the packing facility.

Not only does the study show that the water contains estrogen; a mollusk allowed to live in the "estrogen water" was unambiguously influenced by being in said water, producing twice as many embryos as the control. Mollusks are considered "sentinel species," like the canary in the coal mine--what happens to them could happen to us too. In other words, we should care about this.

A couple further thoughts: Tetra pak is often overlooked as a source of estrogen, perhaps because being somewhat recyclable gives it a halo, and in order to be aseptic (germ free) and long-term shelf stable, high heat (and possibly UV light and hydrogen peroxide too) is involved in the packing process, which would only accelerate release of estrogens.

Written by Ela Harrison on Saturday, 21 February 2015. Posted in WholeHealth