Breaking the Spell to Break the Spell 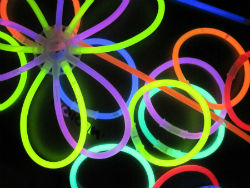 Until not too long ago, this blog comprised weekly "spells" formed of three posts showcasing a concept from my three angles of obsession and fascination. Of course, this wasn't saving the world or necessarily accomplishing anything important--or was it? At least it was some sort of momentum and shape.

Sometimes what looks like a finger-twirling dance is actually a planetary fecundation. I've witnessed conversations where the conversants were actually engaged in a jedi light-saber battle, which you'd only notice if you knew how to look. What looks like a plummet into oblivion might in fact be one erect wing of a beautiful bird, the low point its back, sending your eye running up the other wing. Sometimes the tail does wag the dog, or rather, sometimes if you smile and engage the smile muscles, the parts of your neurochemistry associated with things smileable start to kindle.

This post is my tail attempting to wag my dog.

This post is my tail starting to wag my dog, the downturned mouth that turns out to be a wing, the callisthenic smile scratching at an atrophied neuron fire circle. Enough of the brainstorm; time to light my own fire. Please bear with me. Please puff some air as you would watching a child trying to blow up a balloon, or clap your hands if you believe in fairies like in Peter Pan.

It's taken me this long to realize I need to reverse my orientation to gravity. When everything's falling in one direction, it starts to look like a law of nature, but if I simply move or change direction, the weather can be quite different, give the smile a chance to build the muscles of happy.

I pray for self awareness. Awareness of the falling beads inside the rain stick, of the gravity consciousness that eagerly pulls the beads down, of the stick with its two closed ends but audible permeability.

The tail of the dog. The long trail-tail of the dog star comet. Sirius(ly). Sometimes realization is slow to catch up to time. Sometimes vice versa. How many years after the sun stops shining will we hear the news? I met someone who had been dead for ten years; he died about eight months later.

I think I'm still alive, not just a twitching tail. Sign of life: I've finally realized that "doing things to myself" with outside substances is not having the 8+2=10 elegancy of zero sum. No, take an eight and a two, put them on their side and you get infinity, multiplied by zero. One is one and all alone and ever more shall be so.  Turn alpha on its side, gently undress its fishtail, and you have an inchoate omega.

In my last post I think I was able to articulate quite lucidly why this outside substance supposed to cause weight loss caused weight gain. And it wasn't just because Mercury was retrograde, or because we were moving into the dog star days. I am a paradoxical rain stick.

But there was a long tail to my recognition of my paradoxical self in terms of behavior change. The reason I haven't written a post since then is because I wrecked myself experimenting with another legal but dangerous substance. Once again, the side effects were paradoxical. Once again, the main effects were amplified in my body. Limp tail. Limp dog. Brittle rain stick parched in a brain storm.

I think there's still a brain in here. But sometimes the beads scatter in brownian motion rather than following gravity down to the bottom of the rain stick. And maybe it's just the embered glow of a sun already extinguished in my skull.

What is evidently true, though, is that the bubble of my level is keyed to a different specific gravity. These drugs I'm desperately seeking to cancel what the first one did are continuing to have opposite effects. So, seek a more paradoxical drug. Or, stop trying to drug the spell! Limply the tail thumps. Susurrating, the beads rain down my hollow stick. In morse code, they say "spell. words. share. pen." Are they beads or rain drops? Particles or waves? Dot-dashes, or words?

I'm coming back, my friends. The dog star with its long trail-timelagged-tail needs its sky and space to wag. I need the gravity, the levity, and the wave-particle rain-beads to be the bipolar rainmaker in the desert. Researching chemistry and guinea-pigging myself is only making my outlandish self more outlandish. Using my words, perhaps I can come in a little closer. Perhaps I can help other people. Perhaps there can be less of a timelag, more of an 80-20 around the infinity loop.

Written by Ela Harrison on Sunday, 19 July 2015. Posted in WholeHealth, All About Words, Mindfulness